Components are special resource chunks vital for almost all types of crafting. They are only made from refined resources, or found from scrapped blocks.

In order to craft a component from any given tier, the corresponding Component Dongle must be physically connected to the Component Factory in use. For every tier, there must be a dongle. Attaching an Exotic Dongle will only grant access to the Exotic tier, for example, but not for the others. Basic Components do not require any dongle.

In terms of speed, it more intuitive to get blocks by purchasing. However, what makes crafting alluring is that all blocks are brought at exactly three times of their sell value, or in this case, the value of their composites, therefore making crafting thrice as effective in terms of cost (Technically, in the form of saving the purchase price), although one will need to gather and store a lot of resources with a lot more effort. Additionally, undiscovered blocks can be unlocked by crafting, while purchasing and looting are unlikely to have a stable outcome.

The following image covers (perhaps) every component that one can ever encounter. 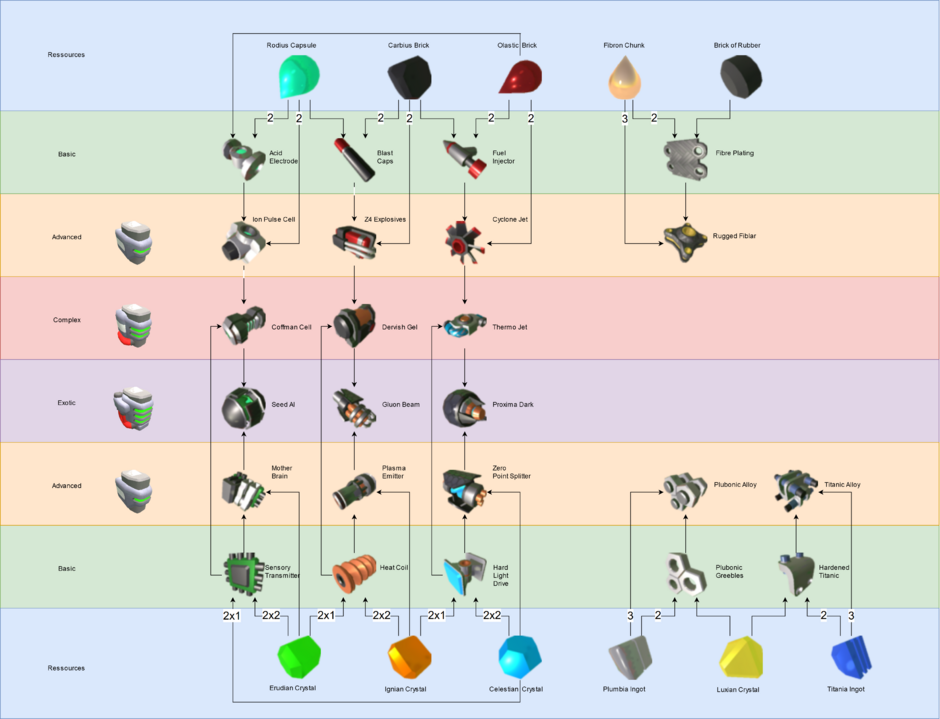